The Cilento, Vallo di Diano and Alburni National Park is a protected natural area that corresponds to the southern part of the province of Salerno, between the Sele plain to the north, Basilicata to the east and south and the Tyrrhenian Sea to the west. Since 1997 it has been a Biosphere Reserve and since 2010 it is the first Italian national park to become a Geopark. The Cilento National Park is a crossroads of numerous ancient paths and represents, along the southern Apennines, an important node in the national hiking network. Walking along the ancient itineraries that lead to the most evocative places in the park, between panoramas and landscapes ranging from the sea to the hills and the mountains, the unspoiled nature of this protected area enchants and seduces. In these areas, trekking is not reduced to a physical exercise, but becomes a tool for discovering the environment, the territory and the culture of local communities. It therefore becomes a form of knowledge, usability and enhancement of the territory. 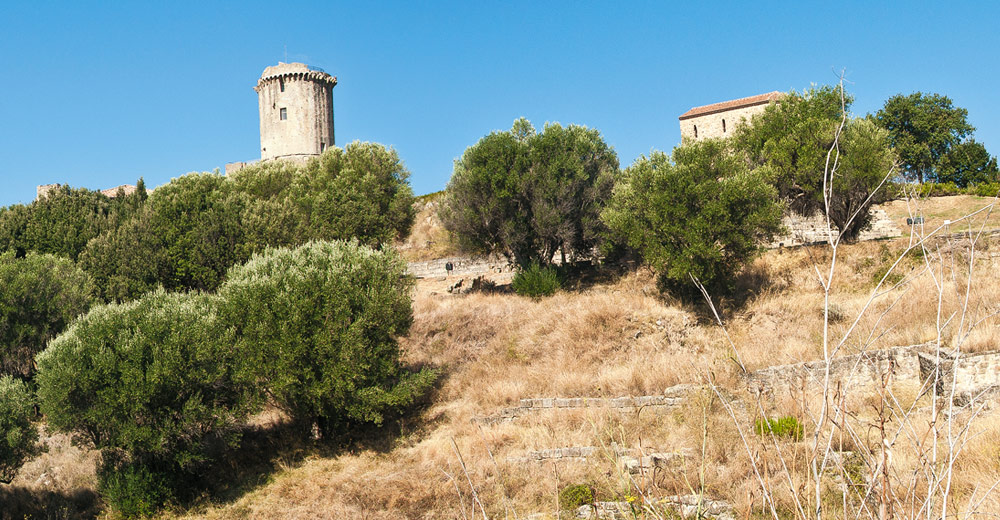 Since 1998 it has also been a UNESCO World Heritage Site, with the archaeological sites of Paestum and Velia and the Certosa di Padula. Excavations of Velia (Elea) represent one of the jewels of the Vallo di Diano Park. The remains of this ancient city are found in the territory of Ascea Marina, an important seaside resort located between Agropoli and Palinuro. The port area, Porta Marina, Porta Rosa, the Hellenistic Baths and the Roman Baths, the Agora, the Acropolis, the Southern Quarter and the Archaic Quarter remain of the ancient city. Its excavations today enrich the seaside tourism offer of the coastal Cilento.

Velia is a journey through history, relaxation and ancient flavors such as that of "muzzarella co 'a mortedda", mozzarella in mortedda, which is a stretched curd cheese obtained from the transformation of cow's milk. Its production has been handed down by ancient shepherds and small producers. The name derives from the preservation of mozzarella with myrtle leaves and not with salt. It is precisely the long tradition, the quality, and the link with the territory that have decreed its inclusion in the national list of Traditional Agri-food Products (PAT).

Another municipality that falls within the Cilento National Park is Ceraso. Going there is especially pleasant in summer, because you can enjoy a cool and regenerating climate. The town boasts very ancient origins. In fact, already in the Greek age, it was a road junction, because the "salt road" branched off from here, the shortest way to Novi, Civitella and Gioi. In such a road center it is very likely that an inhabited nucleus arose already during the Punic wars, when the place, due to its geographical position, became a natural sorting center for the precious wood for ships that was obtained from the surrounding woods for the velini yards. In contrast to various hypotheses, we have a historical certainty: the vicus resumed its rhythm of life with the arrival of the Italo-Greek religious who repopulated the territory with their families. Ceraso was the only farmhouse of the ancient barony, and then of the state of Novi, which followed the events and the fate of the fiefdom until the abolition of feudalism in 1806. But the naturalistic aspect is only one of its strengths . Ceraso, in fact, also boasts a significant historical-religious heritage that we find in numerous sacred buildings: the Church of S. Nicola, the Chapels of S. Silvestro and S. Giuseppe, the Church of Sant’Antonio.

The Ceraso area was known for its fertile soils, rich in limestone, silica and clay, which produced generous wines including marc, very well known also in the Neapolitan capital. Even today, the cultivation of olive trees and vines, annurche apples and chestnuts is very popular in this town of Cilento.

The community of Ceraso is welcoming and cheerful, ready for sharing and moments of lightheartedness, especially in the summer months which are dedicated to themed parties: June is the month of the Ancient Wheat Festival; in August there is an appointment with the Festival of fried pizzas and the festival of the Palistro river. Every year, along the banks of the river, the tasting of typical gastronomic products of Cilento is organized with music performances and folkloristic dances. This festival also aims to raise awareness of the area's natural heritage.

If you want enchanting landscapes, history and festive atmospheres, Ceraso and Velia are waiting for you.

This website uses cookies to improve your experience while you navigate through the website. Out of these, the cookies that are categorized as necessary are stored on your browser as they are essential for the working of basic functionalities of the website. We also use third-party cookies that help us analyze and understand how you use this website. These cookies will be stored in your browser only with your consent. You also have the option to opt-out of these cookies. But opting out of some of these cookies may affect your browsing experience.
Necessary Always Enabled
Necessary cookies are absolutely essential for the website to function properly. These cookies ensure basic functionalities and security features of the website, anonymously.
Functional
Functional cookies help to perform certain functionalities like sharing the content of the website on social media platforms, collect feedbacks, and other third-party features.
Performance
Performance cookies are used to understand and analyze the key performance indexes of the website which helps in delivering a better user experience for the visitors.
Analytics
Analytical cookies are used to understand how visitors interact with the website. These cookies help provide information on metrics the number of visitors, bounce rate, traffic source, etc.
Advertisement
Advertisement cookies are used to provide visitors with relevant ads and marketing campaigns. These cookies track visitors across websites and collect information to provide customized ads.
Others
Other uncategorized cookies are those that are being analyzed and have not been classified into a category as yet.
SAVE & ACCEPT